Believe it or not, the Virtual Learning Network Community is celebrating its 25th anniversary this year.

As part of celebrations, we decided to go back to the beginning (1994) and have some conversations with a few key people who started it all. It just so happened that Core Education (Thanks Jedd and Derek) kindly decided to come along to the party and record these conversations. Just above is a collection of photos from the day. Must say, that at no stage was I planning to be in shot interviewing everyone, but c’est la vie I suppose.

It was a thoroughly enjoyable day chatting with some very influential people from our past, who have contributed a significant amount to education in his country.

What I drew from it is that old adage, “The more things change, the more they say the same”. Significant change and growth has occurred across the Virtual Learning Network Community over the last twenty-five years, but somehow, through all that, it still hasn’t been normalised within our education system. With the rate of change in technology and the opportunities that it provides, it is a travesty that this hasn’t yet happened. It certainly needs to.

Thanks to the following people for giving their time to be interviewed:

Carol Moffat: Principal of Oxford Area School 1994-98 and originator of the VLN concept / model back in 1994

Derek Wenmoth: Long time advocate for the Virtual Learning Network and former manager of the eSection at the Correspondence School

And in case you don’t know the Virtual Learning Network currently consists of:

More to come so watch this space 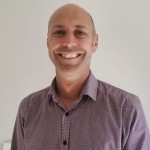